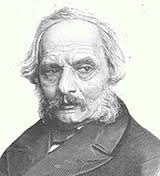 Born in Palermo by the “Errante” noble family, Errant participated in the revolution of 1848, served as the Minister of Justice in the provisional Government presided over by Vincenzo Fardella di Torrearsa and later worked for the Ministry of education and Ministry of public works. After the return of the Bourbons, he fled into exile -first in Malta, then to Genoa and finally in Turin.

He returned to Palermo in 1860 appointed by Giuseppe Garibaldi as Secretary of State for Justice. In 1868, he joined the State Council and held the Office of President of the Chamber and, in 1870 was appointed as Senator of the Kingdom of Italy.

Errante wrote novels, poems, songs, some tragedies (Suleiman the great, Masaniello, Jeanne Grey) and a social-political essay, Washington, in which he laid out the conditions in European society compared with those of the United States. In the Church of San Domenico (Palermo) is his tomb, with bust sculpted by Pasquale Civiletti in 1897.