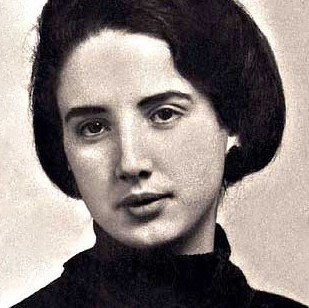 Born in Alcamo, Viola became famous in the 1960s in Italy for refusing a “rehabilitating marriage” with her victimizer after suffering kidnapping and rape. Instead, she and her family successfully appealed to the law to prosecute the rapist. The trial had a wide resonance in Italy, as Viola’s behavior clashed with the traditional social conventions, whereby a woman would lose her honour if she did not marry the man she lost her virginity to. Franca Viola thus became a symbol of the cultural progress and the emancipation of women in post-war Italy.

After Viola refused to marry her rapist, her family were reportedly menaced and persecuted, to the point of having their vineyard and cottage burned to the ground. These events and the following trial had a wide resonance in the Italian media, and the Parliament itself was directly involved, as it became obvious that part of the existing code clashed with the public opinion. Melodia’s lawyers tried to maintain that Viola had consented to a so-called “fuitina” (a runaway to get married secretly) rather than being kidnapped, but the trial found Melodia guilty. He was condemned to 11 years in prison, later reduced to 10 years.

Despite people predicted she could not have been able to find a suitable husband and would have ended up a spinster, Franca Viola married her childhood sweetheart, Giuseppe Ruisi, in December 1968. Ruisi, an accountant, insisted he would have married the girl he had always loved despite threats and rumours, but had to request a firearm license after obtaining the marriage license, to protect himself and his future wife. Both the Italian President Giuseppe Saragat and Pope Paul VI publicly expressed their appreciation of Franca Viola’s courage and their solidarity with the couple.

In 1970, director Damiano Damiani made the movie The Most Beautiful Wife, starring Ornella Muti, based on Viola’s case. Franca Viola had two sons and three grandchildren and still lives in Alcamo with her husband.The article of law whereby a rapist could extinguish his crime by marrying his victim was abolished only ten years later, in 1981.