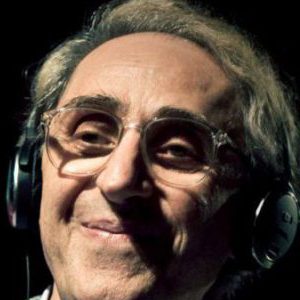 Singer-songwriter, composer and filmaker born in Ionia (Catania), Battiato is among the most important and influential representative of Italian singer-songwriter scene. He has always experimented with multiple styles of music ranging from ethnic, the romantic beginning of the sixties, the experimental music of the seventies, rock, pop music, and even Opera and classical music. Battiato’s lyrics reflect his many interests, including esotericism, philosophy, mystical Sufi (particularly through the influence of GI Gurdjieff ) and Eastern meditation.

Between November 2012 and March 2013 Battiato served as Minister for Tourism of the Region of Sicily requiring no compensation for his service. The musician has experimented in other fields of expression as painting and movie-making. Battiato is one of the artists with the most number of awards from the Club Tenco, with three plates and a Tenco Prize .